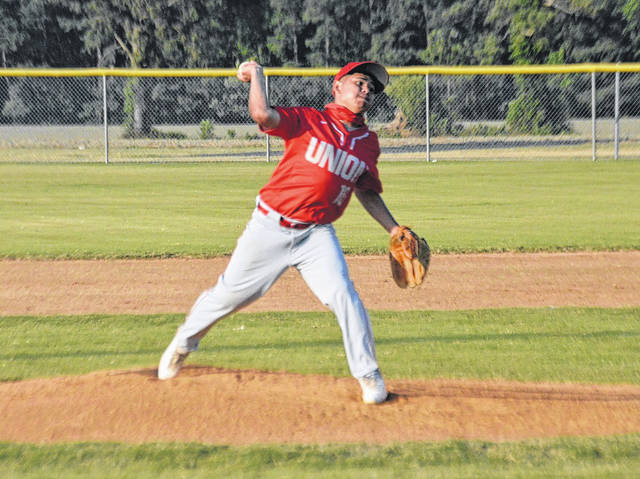 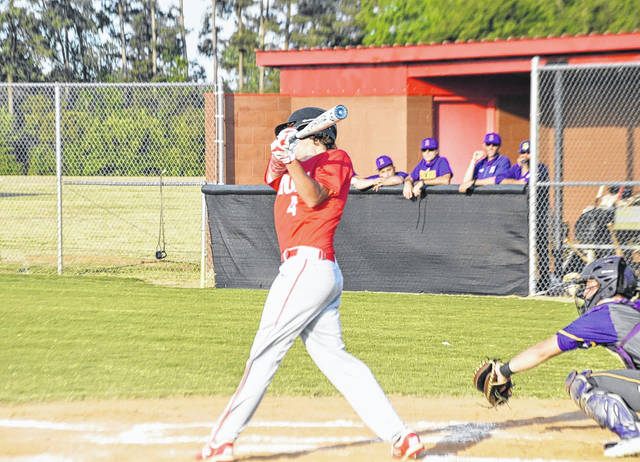 The Spartans’ Dylan Coats takes a swing at the plate. 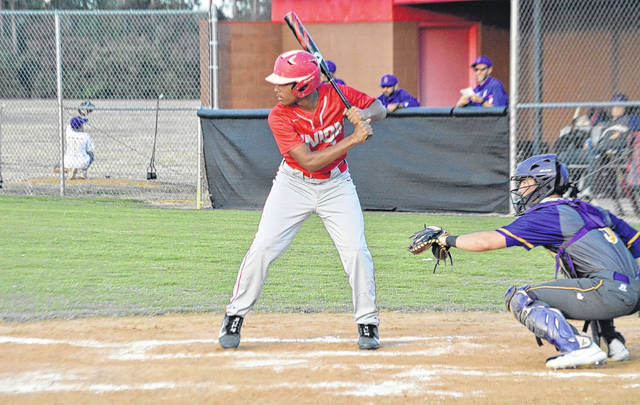 Nasir Bellamy stands ready during his turn at bat for Union.

It was a short night of baseball at Union on Thursday with the Spartans struggling to find any sort of rhythm against Rosewood. After less than three full innings of play, the game had to be called after Union fell too far behind, the final score of 18-0.

Not much can be said other than the Spartans simply struggled from beginning to end and it was on both sides of the ball. Offensively, Union didn’t perform particularly well but they did manage to hit the ball and get some runners on a couple of times. Defense, however, was the bigger issue, having holes to fix in almost every aspect.

Pitching was major as the Spartans just couldn’t find the right guy to get their defense cranking, going to four different pitchers before the game was called they went to. They were Dylan Coats who started the game for Union, Trey Hayes, Hipolito Soto and Darren Newkirk. While each of them had a decent string of good looking pitches, consistency and as an issue as there just wasn’t enough to carry the defense or swing the momentum.

Even though at times each of them had some good looking pitches, there were many more off the mark wilds that cost Union badly in the long run as runners and runs continued to stack up.

The Spartans also had many defensive miscues elsewhere, especially when it came to catching the ball. Most of them came off pop flies that should’ve been easy outs and for every one that was caught Union dropped one or were out of position for another. They also missed a few plays due to not securing possessions on grounders or were a step slow in the delivery to their baseman.

One part of their game, or player rather, that deserves nothing but praised is their catcher, Lane Wells. The amount of crazy pitches he had to catch and stop throughout the game was way too many too count and he hung back there the entire game across all pitchers.

Spartans head coach Doug Burley said this about his catchers workhorse performance: “He had to work back there today, I was proud of him. A lot of kids would have given up but he continued to work really hard back there tonight.”

Along with commending Wells’ play, Burley also touched on his overall team inexperience and the steps to improve going forward with the season.

With this game coming to a close, the Spartans are done for the week after kicking the season off at 0-2. They’ll look to improve in preparation for their next game on Tuesday. This time, hitting the road for a showdown against the Rebels of North Duplin.