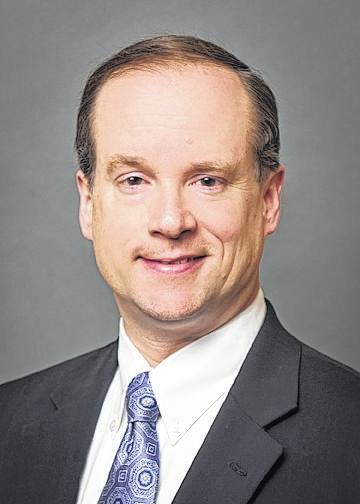 Does North Carolina lock up too many people? I’ve long thought so.

I’ve advocated criminal-justice reforms that employ intensive parole and probation, restitution, and other alternatives to incarceration for some offenders who commit nonviolent crimes. I supported raising the default age at which juveniles were treated as adults in the justice system, and was happy to see North Carolina finally enact the policy in 2017. It went into effect a few months ago.

Indeed, the “Raise the Age” bill was only the latest in a series of reforms our state enacted over the past decade. North Carolina was actually among the early adopters of criminal-justice reform. We reduced our overall prison populations and saved hundreds of millions of dollars without appreciably affecting our crime rate.

Now, fearing a large-scale COVID-19 outbreak within North Carolina’s prisons and jails, some policymakers and activists are talking about quickly expanding the state’s use of alternative punishments and surveillance techniques so that many prisoners and detainees can be released from confinement.

Fashioning public policy during a crisis is fraught with tremendous peril. Of course, a crisis also makes some decisions unavoidable. That’s why when governments do things during a crisis that make me uncomfortable, or with which I have disagreements, I nevertheless try not to demonize the policymakers. I recognize they face unappealing alternatives with little time to choose among them.

Still, when it comes to a core function of government such as public safety, we should not let panic supplant prudence.

Releasing elderly prisoners, or those who would be released within a few months anyway when their sentences are up, may seem like the right thing to do in response to a virus that spreads most easily through close contact in confined spaces. However, as my John Locke Foundation colleague John Guze pointed out in a recent policy analysis, there are also significant risks associated with releasing them early.

For one thing, many criminals find it hard to reintegrate into society under the best of conditions. They often have uneven work histories, atrophied or nonexistent skills, and problematic friends and family members who entice the offenders back into criminal activity.

With much of North Carolina’s economy shut down, jobless rates soaring, and families quarantined, the pressure on newly released inmates will be far more intense than usual. The result could be an explosion that hurts the offenders and those around them. There could be abusive behavior, relapse into alcohol and drugs, and the commission of new crimes that endangers both innocent victims and law-enforcement officers. These are real risks, not fanciful ones, that need to be weighed.

Second, even elderly inmates and those with suppressed immune systems may be safer inside a prison — as long as the prison is testing and practicing high levels of hygiene, to be sure — than outside the prison. “As a group, they may be less conscientious about social distancing, hand-washing, and other voluntary control measures than the general population,” Guze observed. “And even if that were not true, few, if any, will be in a position to work from home and live in isolation on a previously accumulated stock of food and other necessities.”

Let me restate the issue another way. If greater data on COVID-19, better and wider testing regimens, promising therapies for severe infections, and the widespread use of protective gear and social distancing allow North Carolina policymakers to begin a staged reopening of the state’s economy over the next few weeks, there will likely be less of a rationale for the state to release inmates.

On the other hand, if these steps aren’t taken, and North Carolinians remain on lockdown for months, crisis will become conflict and a sharp recession will become a massive depression. Under those conditions, it is not at all obvious that criminals would be better off on the outside.

I think North Carolina should continue to examine its criminal laws for reform opportunities. But crisis is no excuse not to look before you leap.

John Hood (@JohnHoodNC) is chairman of the John Locke Foundation and appears on “NC SPIN,” broadcast statewide Fridays at 7:30 p.m. and Sundays at 12:30 p.m. on UNC-TV.