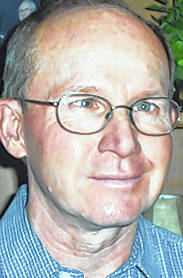 I don’t have to tell you, but things have changed. And we don’t know how long the coronavirus will last. Hopefully, a few more weeks. But it may be months. And when it is over, what will the “new normal” look like? But in the meantime, it looks like we’re going to need some gamblers.

In the letter to the Philippians in the Bible, the Apostle Paul writes about a fellow Christian named Epaphroditus. Paul states that Epaphroditus “risked his life” and “almost died for the work of Christ.” The phrase “risked his life” was a gambling term meaning “to risk everything on one roll of the dice.”

Around 250 AD, a group of early Christians around the ancient city of Carthage called themselves “The Gamblers.” They named themselves after Epaphroditus. These people went into the city of Carthage, during the height of the plagues, when bodies were stacked head high along the streets, and carried the dead outside the city and buried them. They risked their very lives to serve the citizens of Carthage, many of whom hated them because they were Christians.

There have been Christian “gamblers” ever since the earliest days of the faith. They were the ones treating lepers in the leper colonies when others would not dare to go near because of fear of the dreaded disease. They rescued newborn babies thrown away to die during the Roman Empire. Christians, like William Wilberforce in England, stood up against the injustice of slavery. Christians, like Corrie Ten Boom, hid Jews from the Nazis during World War II, and often, like them, ended up in concentration camps.

Of course, there have been times when Christians have not been such for the work of Christ. Many, like the media, are quick to point that out. But throughout the ages, Christians have been on the front lines of service. This was the case back in 2014 during the Ebola virus, which killed over 11,000 people.

Dr. Kent Brantly was serving as a missionary doctor through the Samaritan’s Purse Post-Residency Program at ELWA Hospital in Liberia. Samaritan’s Purse is the Christian Relief Organization, headed up by Franklin Graham, and is involved in many Christian service projects around the world. You will find them serving during natural disasters, giving aid and comfort. Many folks around here have been involved in supplying shoebox gifts for children in their Operation Christmas Child Project.

Dr. Kent Brantly didn’t plan on being a gambler with Ebola. In an article in “Decision” magazine, he said, “My wife, Amber, and I, along with our two children, did not move to Liberia for the specific purpose of fighting Ebola. We went to Liberia because we believe God called us to serve Him at ELWA Hospital.”

Dr. Brantly had been treating Ebola patients in an ever increasing number at the hospital in Liberia. He would take the proper precautions. He described them in “Decision” magazine saying, “Every time I put on the personal protective suit, it felt like putting on a space suit. It requires a support crew. It takes 30 minutes to put on the suit, then we would always pray before entering the ward.”

But when Dr. Brantly woke up one morning feeling achy and feverish, he isolated himself in his home, suspecting it was Ebola. He was right. Over the next nine days, as his family and thousands prayed for him, Dr. Brantley grew weaker and weaker. He then received a blood transfusion from a 14-year-old Ebola survivor that he had treated and an experimental drug. He was then sent back to the U.S. where his treatment was continued at Emory University Hospital in Atlanta. A few days later, Kent Brantly was released from the hospital, cured from an almost always fatal disease.

In these uncertain times of the coronavirus, we’re going to need gamblers. It probably won’t be as dramatic as Dr. Brantley during the Ebola virus. It may or may not involve risk. It may involve some physical risk in helping those in need. It may involve some financial risk in helping others at a time when there is a tendency to hoard. But it will mean stepping out of your comfort zone to help in some way.

The early Christians called themselves The Gamblers. They took risks in their work for Christ. But, is it really a gamble when you ultimately win, no matter what happens

Mac McPhail, raised in Sampson County, lives in Clinton and can be reached at [email protected]