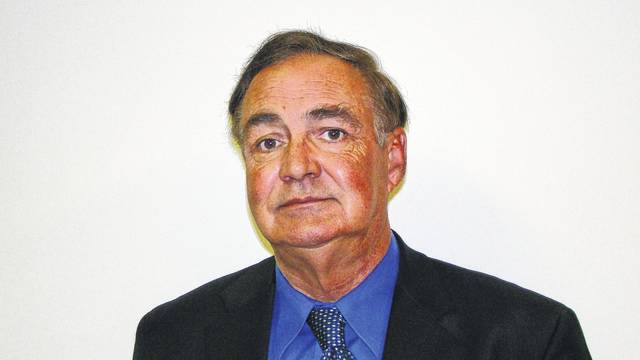 It seems that the news has been filled for the past three years with stories dealing with one investigation after another. As soon as one investigation fails to provide evidence of wrongdoing, another accusation is made and it all starts again. Most of this kind of investigation is a waste of taxpayer money and nothing more than political manipulation. However, there are many times that investigation is the next wise step to take. There are all kinds of “investigations’, and rightfully so. When there is some crime committed, a building collapses with people losing their lives, a patient fails to respond to a drug or treatment that always works for their diagnosed illness, in every one of these cases there is certainly a need for someone to do some investigating. Why did that building collapse? We need to know, not so much that we can bring a suit against someone, but that we can keep others from falling prey to the same problem. Why is the patient not responding to the drug or treatment? Could the diagnosis be wrong, could the drug be inferior or are there other factors that need to be considered? We need to know, lives may be on the line. When some new “too good to be true” offer comes along, it is wise to do a bit of investigating before jumping on the bandwagon: There are many charlatans and shysters out there. Whether the advertisement is on the television or on the internet, just because it is said does not make it true.

We readily admit to the wisdom of investigation in these kinds of cases just mentioned and multitudes of others as well. That being the case, why do you think that multitudes, yea, the vast majority of the people in our nation do not think it necessary to “investigate” their religious institutions, practices and beliefs?

It certainly can’t be because there is no real danger in being in error on the subject. The worse one might encounter for falling for that which is erroneous in the material realm mentioned above is the loss of life. Being in error in the realm of spiritual matters will result in much more dire consequences. Jesus stated, “And fear not them which kill the body, but are not able to kill the soul: but rather fear him which is able to destroy both soul and body in hell” (Matt. 10:28). He also stated, “Every plant, which my heavenly Father hath not planted, shall be rooted up. Let them alone: they be blind leaders of the blind. And if the blind lead the blind, both shall fall into the ditch” (Matt. 15:13-14).

It certainly can’t be because doctrine does not matter, though many say that it does not matter what one believes so long as he is sincere. When the day of judgment comes, we will be judged, not by how well we adhered to the doctrines and practices of our chosen religious group, but how we measure up to the actual word of God. Jesus said, “He that rejecteth me, and receiveth not my words, hath one that judgeth him: the word that I have spoken, the same shall judge him in the last day” (John 12:48). The apostle Paul wrote, “In the day when God shall judge the secrets of men by Jesus Christ according to my gospel” (Rom. 2:16). The end result of failing to follow the instructions of heaven is eternal agony and everlasting destruction (II Thess. 1:7-9).

It certainly can’t be because there are no charlatans and shysters in the realm of religious teachings as well as those “blind” who are leading the blind just mentioned. Jesus said that we are to “Beware of false prophets, which come to you in sheep’s clothing, but inwardly they are ravening wolves” (Matt 7:15). These knowingly, willingly and deliberately teach that which is false while using the guise of being teachers of the truth. The apostle John warned that one should, “…believe not every spirit, but try the spirits whether they are of God: because many false prophets are gone out into the world” (I John 4:1). Peter wrote, “But there were false prophets also among the people, even as there shall be false teachers among you, who privily shall bring in damnable heresies, even denying the Lord that bought them, and bring upon themselves swift destruction” (II Pet. 2:1). The apostle Paul warned the Ephesian elders, “For I know this, that after my departing shall grievous wolves enter in among you, not sparing the flock. Also of your own selves shall men arise, speaking perverse things to draw away disciples after them” (Acts 20:29-30).

God’s word instructs us to investigate. Paul told the Thessalonians to, “Prove all things; hold fast that which is good” (I Thess. 5:21). As noted, John said to “try the spirits whether they be of God” (I John 4:1). Paul said of those from Berea, “These were more noble than those in Thessalonica, in that they received the word with all readiness of mind, and searched the scriptures daily, whether those things were so” (Acts 17:11).

There is simply too much on the line to refuse to put forth the effort to look into the word of God, to investigate whether that which you have been following is in truth God’s will or simply the teachings and commandments of men, often passed down from generation to generation without ever really having been investigated. It is simply wise to investigate.

Send any questions or comments to: [email protected]