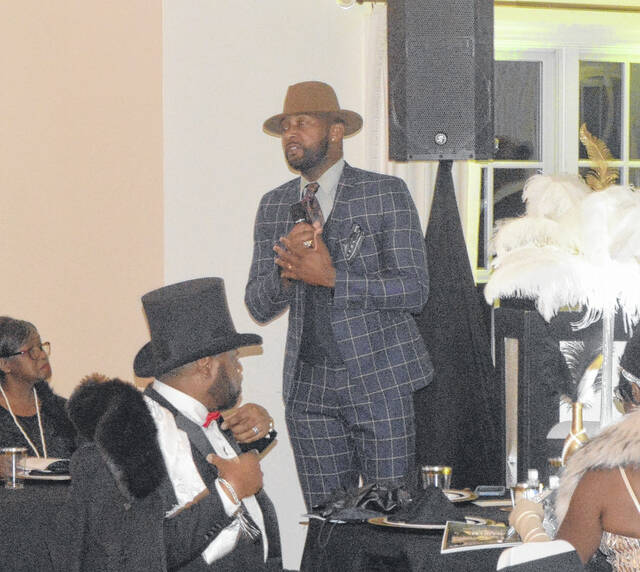 William Marshall, son of Geneane Wall Marshall, speaks on behalf of the family. 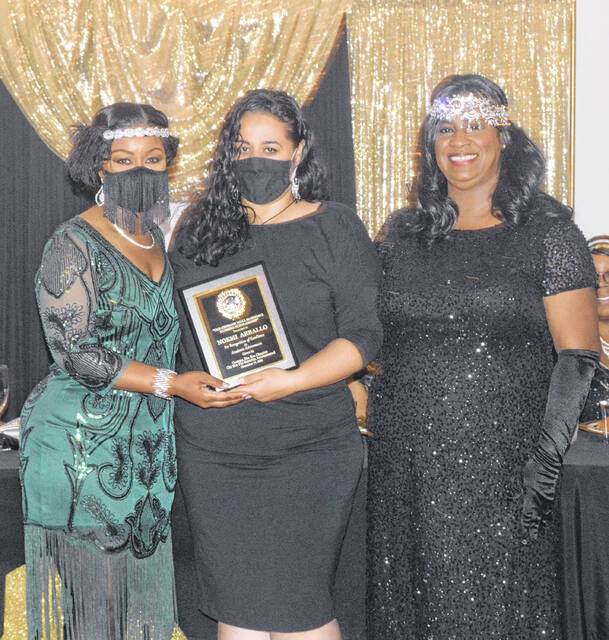 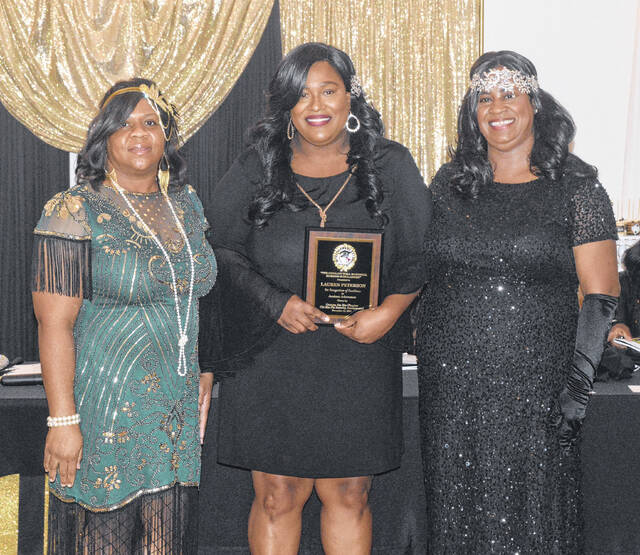 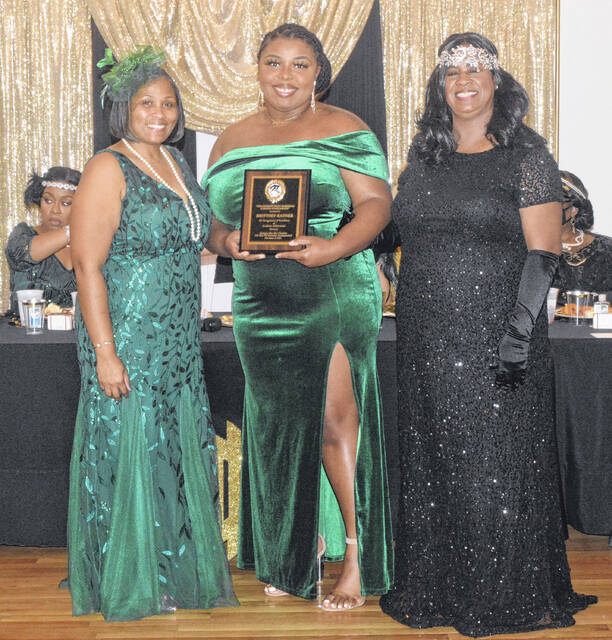 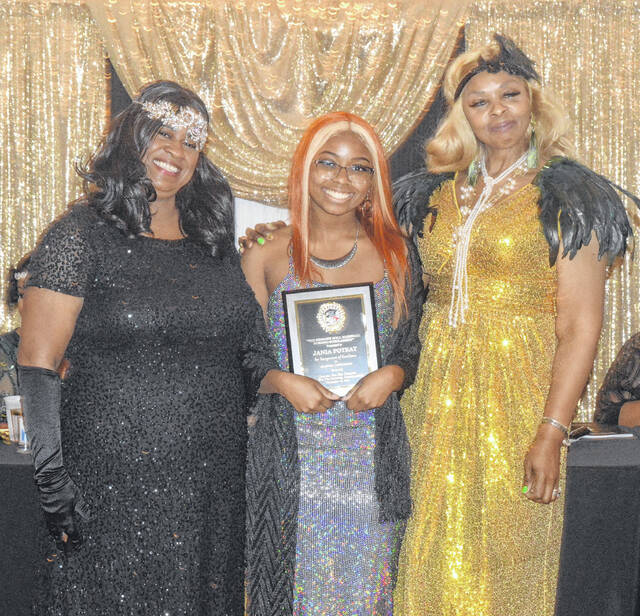 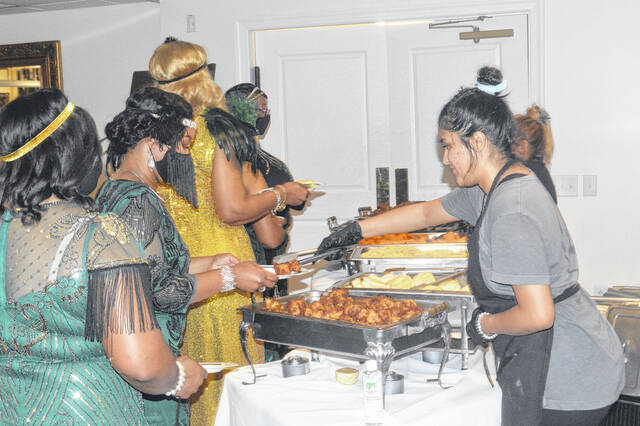 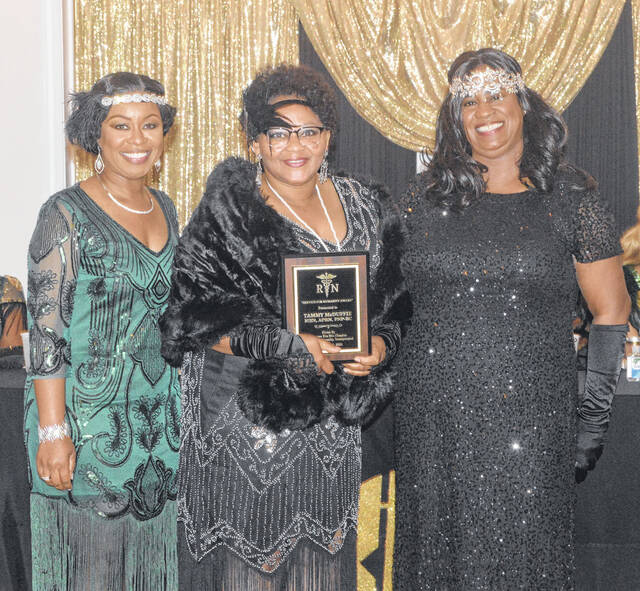 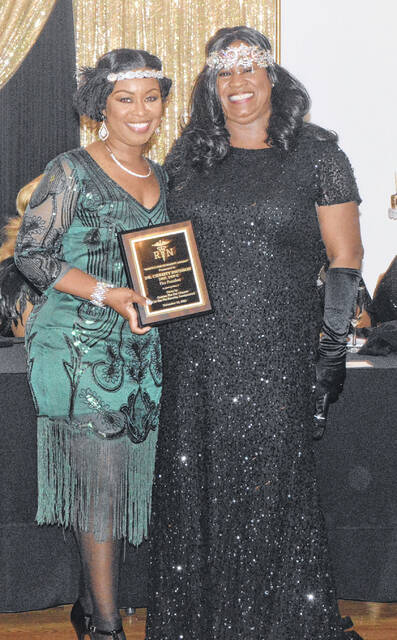 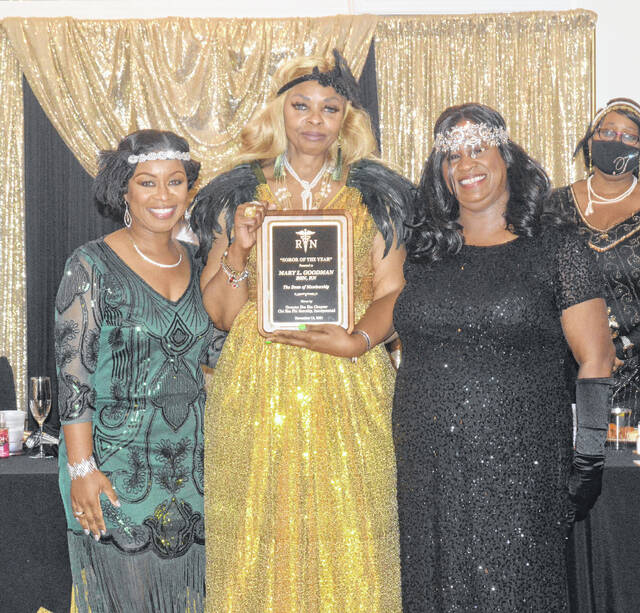 Members of the Gamma Eta Eta Chapter of the Chi Eta Phi Sorority recently gathered to host their third annual Geneane Wall Marshall Nursing Scholarship event, held to honor nursing and Marshall, who was key in forming the sorority in Clinton.

“2020 was a year that we’ve never seen in our lives and I just want to take a few seconds to give God the praise that we we’re able to gather here,” President Phyllis Goodman said. “We are here tonight to award scholarships to the next generation of nurses and we thank them for being a part of this celebration.”

This year’s theme was Harlem Nights as event-goers filled Coharie Country Club in their best 1920s attire to celebrate the influential era of the Harlem Renaissance. Goodman spoke of the choice and why it was worth celebrating for this event.

“The Harlem Renaissance is an important moment in history for us that lead to the formation of social organizations that helped our people such as the NAACP,” she said. “These organizations were formed to fight for equality for people like us so we could be here on such a night as this.”

“So we should honor the Harlem Renaissance to remember our history, our heritage and our greatness,” Goodman added.

As this event continues to honor the legacy of Marshall, some her family was present at the event. Her son William Marshall, better known as Little Ed to sorority members, spoke at the event on behalf of the family.

“Aside from welcoming you to the Geneane Wall Marshall scholarship banquet I just have say that because of you guys they can,” he said. “These ladies are doing wonderful things outside of working inside the hospitals and being caregivers.”

“They’re doing things in the community, shorting the disparity for African American’s getting Healthcare and because of that we appreciate you,” Marshall stated. “On behalf of the Marshall family and everybody that’s attached to Geneane Wall Marshall, we thank you again for your support.”

There were multiple scholarships given out during the event starting with the Mary Eliza Mahoney Scholarship, which included three recipients.

Those were Noemi Arballo, a senior nursing student at Fayetteville State University, who’ll graduate from the Bachelor of Science Degree Nursing Program in Dec. Lauren Peterson a nursing student at Sampson Community College who’s pursing an Associate Degree in Nursing and Brittney Raynor a senior at Winston Salem State University who also pursing a Bachelor of Science Degree in Nursing.

Mahoney was a pioneer in the 1800s and 1900s for encouraging greater equality for African Americans and women. She is noted for becoming the first African American licensed nurse.

As for the Geneane Wall Marshall Nursing Scholarship, which is open statewide to chapters from across North Carolina, that honor went to Jania Poteat. Poteat is a 2021 Lakewood High School graduate who was highly decorated in her academics during her time as a Leopard.

Some of her awards and recognitions include being a part of Lakewood High’s Future Business Leaders of America, JROTC, Peer Group Connection and receiving the LHS Academic All-Star Award and Star Communications Scholarship.

As each member received their award, they were congratulated and given well-wishes as they complete their nursing education.

Special recognition awards were also given out to members of the sorority who have demonstrated excellence throughout the year for their service. These members received the Service for Humanity Award which included Tammy McDuffie and Dr. Christy Swinson along with Soror of the Year recipient Mary Goodman.

Anitra Wilson returned to provide musical selections, poetry was read, there were door prizes and gift giveaways and the night was rounded off with Dancing the Night Away as members stepped The Charleston. Of course it wouldn’t be called a banquet if their wasn’t food which included classics like southern fried chicken, collard greens and a hot biscuit.

The Chi Eta Phi sorority was founded in 1932 in Washington, D.C., at what was formerly known as Freedmen’s Hospital that has since changed to Howard University Hospital. The chapter Gamma Eta Eta in Clinton was chartered in 2017. It was started by 12 registered nurses.

The Geneane Wall Marshall Nursing Scholarship was developed the same year in September, the month of Marshall’s passing, to honor her and her memory. She was 57.

The sorority is dedicated to the community, making it their mission to help people live healthier lifestyles, believing that education is an important component. They attend health fairs and host a program in February in honor of Heart Health Month.