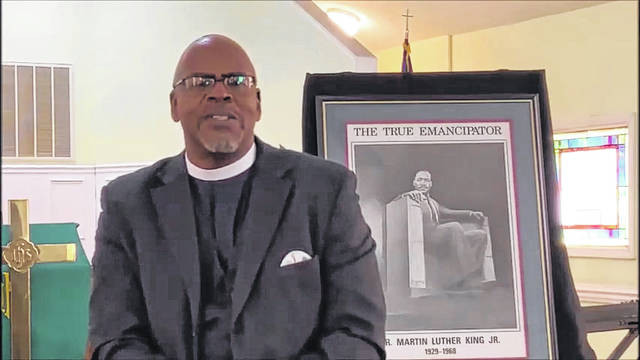 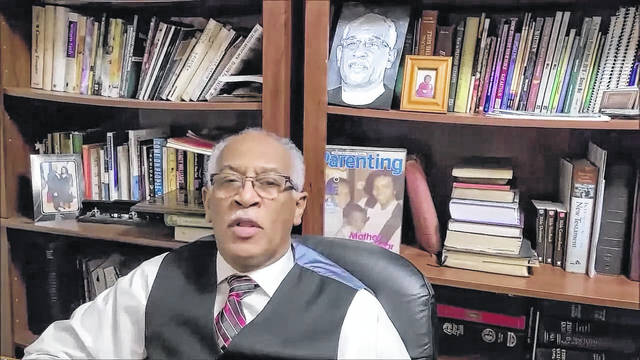 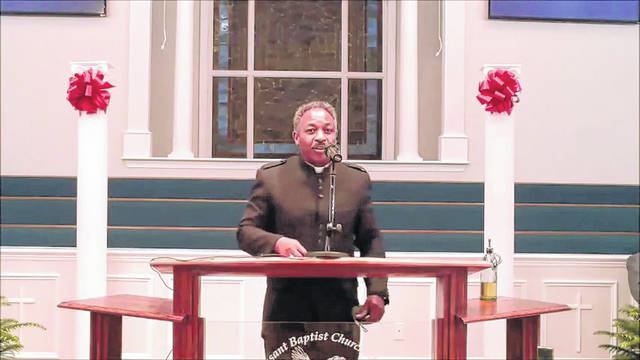 The Rev. Dr. Thaddeus Godwin prays at the end of the MLK Service. 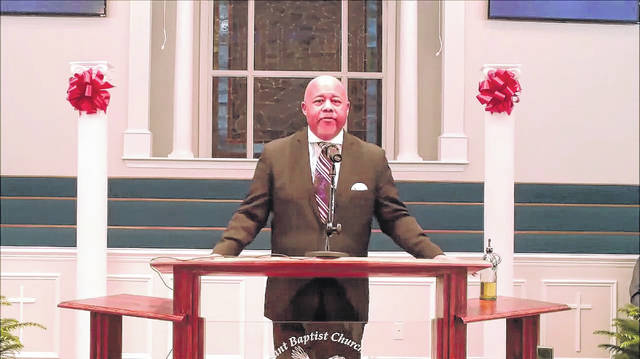 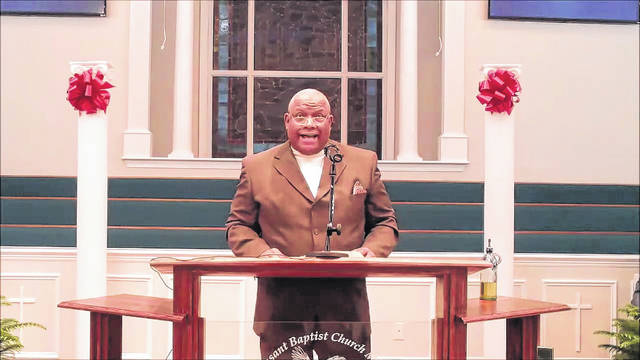 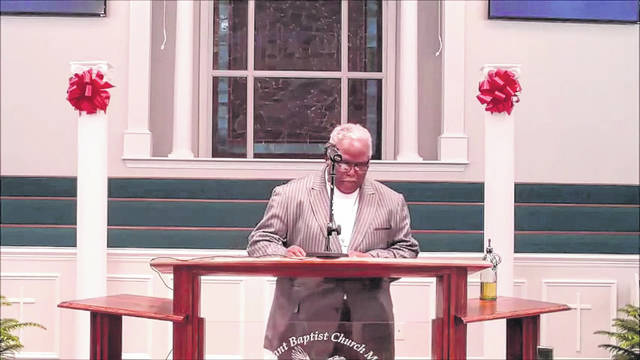 Clinton Mayor Pro-Tem Marcus Becton, president of the alliance, felt that holding the event was an honor. The service was held virtually with tidbits of past video of the mass choir of more than 100 voices singing.

Vice President of the alliance the Rev. Dr. Ronald Highsmith read out scripture after clippings of the 2020 mass choir singing “Lift every voice.” Highsmith read scripture from the book of John before Dr. Freddie Herring lead the group in prayer.

“This service that we host each and every year serves as a fundraising vehicle for the main purpose of helping those during their time of need,” Becton brought up. “We’re so thankful for what those pastors and what those churches have done thus far over the years. As we’re dealing with this global pandemic, problems, and even though we’re out of our churches, yet problems are still going on. There’s still a need in our communities.”

Becton also took the liberty to talk to choir directors to ask what goes on behind the scenes of getting the memorial service choir ready for each annual event. He noted that the choir ranges from 80 to over 100 voices singing together in harmony.

Members of the service choir come from counties all over Eastern North Carolina. Some of the challenges they face is the travel from places even as far as Raleigh. Other challenges come from leading a song.

The original member of the choir and the creator Roberta Davis also sat down with Becton to talk about the choir. Davis, 91, stated that the choir began after she saw the need to begin a choir with some organization behind it. Davis made an announcement over the radio and the newspaper and people came from all over to sing in the choir.

“We had 85 members the first time,” Davis mentioned. “The beginning was at Lisbon Street Baptist Church.”

Pastor Harry Hines stated that when he hears King’s name, he thinks of a superhero. He had his first encounter with the name Martin Luther King Jr. when he was 10 years old. He was sitting on the floor looking at images of his then superhero Superman when he then heard on the television that King was assassinated and his mother had tears running down her face.

Pastor Gertie Stevens stated that when she hears King’s name she thinks of a man that stood for righteousness in the midst of adversity. He believed in standing for what was right and equality for all. Most importantly to Stevens, King believed in doing things God’s way.

“He knew he had to go through the storm in the rain, pain and shame, but he was determined to keep persevering at whatever costs,” Stevens stated. “As soldiers of the cross, we must do the same thing.”

The Rev. Jimmy Melvin stated that when he hears King’s name he thinks about a man who gave himself and his life in service to the cause of equality for humanity and specifically the minorities in the United States and the entire world.

“He left his generation better than when he found it,” Melvin expressed.

Apostle Wendy Becton noted that when she hears King’s name, a few words come to mind. Some of the words that comes to mind for Wendy include ‘is there not a call.’ Wendy stated that King saw an unfairness going on in the United States and he was willing to fight against this unfairness. Another word that Wendy thinks about is courage and King’s willingness to get a job done. Wendy also thinks about determination.

“He had determined a relentless faith,” Wendy stated. “This man had a faith that was unshakable.”

Wendy is inspired by and impacted by the “I have a dream” speech by King. She is inspired to keep going no matter what and try to achieve her dreams and inspire others.

Pastor Anthony Flow stated that when he hears King’s name he thinks about a man who is a national hero. He stated that while growing up most of the homes he was in had three photos. Those three photos included a portrait of Jesus Christ, a photo of John F. Kennedy and a photo of King. Flow was also inspired by “I have a dream.”