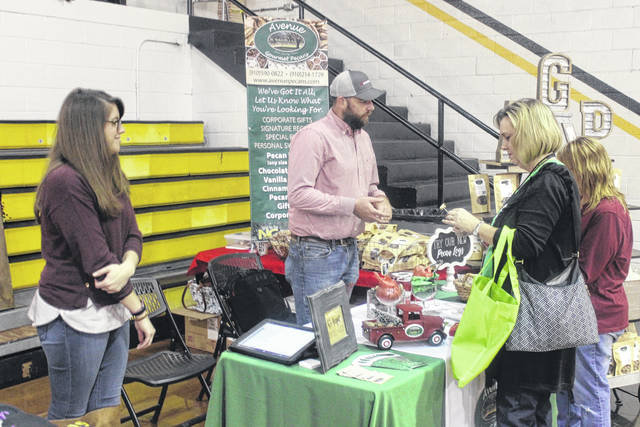 At Avenue Gourmet Pecans, the Faircloth Family is continuing to make treats coated in delicious flavors like chocolate, vanilla, and cinnamon.

But the works starts in a pecan orchards which were beat up by storms in the 2010s. After Hurricane Matthew swept through Sampson County in 2016, the business lost about 90 percent of their crops because of wind damage.

“It shook the nuts of the tree prematurely before the sucks split,” Eddie Faircloth said. “They basically just laid on the ground and rotted and we couldn’t salvage them.

Although a lot of pecans were ruined, they were fortunate to have minimal damage to trees with Matthews. But it was a different story for Hurricane Florence in 2018, which damaged trees for a few days with different wind directions for 42 to 72 hours.

When Florence hit Sampson County, it came a week before the nuts were splitting and close to harvest time. The trees had to be replanted after a fourth of the orchard was damaged — one of many steps towards recovery.

“You have to plant trees when they’re in their dormant stage, which is in the winter,” Faircloth said. “We replanted all of the trees last winter, but because this year has been so wet, we’ve had some that came out and starting growing. We’ve had an inch of rain, every two or three days this summer.”

Faircloth said there’s been 10 trees that drowned because the ground was so saturated during a soggy summer.

“When you plant them they have a root system, but it’s not developed to the point where they can deal with a lot of stress and so forth,” he said. “The ground has been so wet, they never took root and started growing.”

COVID-19 added another challenge for the pecan growers since they’re not able to sell their products at shows cancelled because of the pandemic. Faircloth said tourism and store purchases is also major for the farms success.

“People use a lot of raw nuts to bake and cook with, but the candy production depends on a lot of people picking up stuff out of boutiques and specialty shops,” he said. “That hasn’t happened because people are not going out and spending money due to not having jobs or income. It’s been a two-edge sword this past summer.”

But when it comes to setbacks, Faircloth is determined to overcome the challenges to make sure Avenue Gourmet Pecans continues in the future. Based in Clinton, the business with 7 acres of land started in the early 2000s. Faircloth started the business with his son Dwayne Faircloth, after retiring fro Smithfield Packing. The idea was sparked by his grandmother, Effie Culbreth, who made sweets during the holiday season.

“There’s no use to complaining,” he said about overcoming obstacles. “Next year will be better and you have to take it as you go and thank the good Lord for what you do have.”