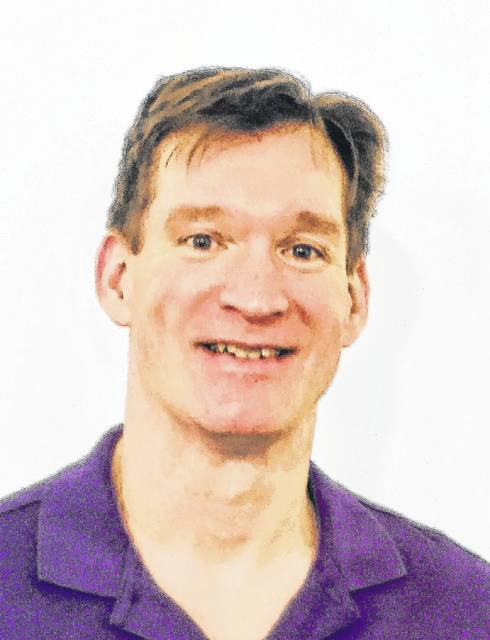 Have you ever heard the saying “there’s no use crying over spilled milk”?

It means that getting upset over certain things, like spilled milk, is not going to fix it.

Well… that very thing happened to me the day I stepped out of the gym shower dripping wet and realized I didn’t have a towel to dry off with.

It was like the background music in a sitcom playing on a record player, a much older version of the iTunes on your phone, and someone smacked the needle down scratching the album making a God-awful sound. Then you looked like a deer in headlights as your jaw dropped knowing your favorite recording was ruined.

That was the look I had on my face after rubbing the water from my eyes with one hand while reaching with the other for a non-existent towel hanging from one of my walker handle bars.

My eyes grew as big as saucers.

I could either freak out or find a solution to my dilemma. For those of you who know me best, you can imagine the direction I took. I actually did a little of both.

When I walked into the gym that morning, it was like any other day at Workout Anytime of Clinton in the Northside Plaza on North Boulevard. The only difference is that it was Columbus Day; and I had to race to work after my weight lifting routine.

However, I was prepared, or so I thought, with everything I needed in my trusty Steelers gym bag to take a shower following my grueling workout, including deodorant, mouse, a comb and body spray, before heading off to my place of employment.

I even remembered to pack my Walmart vest, which I sometimes forgot. I don’t know why I didn’t just leave it in my vehicle. Then I wouldn’t have had to worry about it.

Every time I go to the gym before going to work, I’m always rushed and never have enough time for my workout regimen.

This day was no different. After completing the last set of my final exercise, I was like the Road Runner popping a wheelie on my walker as I careened toward the locker room.

Now… when I take a shower following a weight training session, I have a specific routine that I follow.

Before I even make it to the locker room, I stop by the water fountain to fill up my blender bottle with whey powder already inside – instant post-workout protein shake.

After entering the locker room, I grab my gym bag from the storage compartment and proceed to remove my sweaty gym attire as I slowly drink the protein-packed chocolatey mixture.

Then I snatch the bath towel from my duffel bag… umm… “no towel”… and hop in the shower.

I didn’t pay no mind to the fact I did not have a towel before getting my body soaking wet.

Yep, I was screwed. Houston, we have a problem!

After my little freak out tantrum upon stepping out of the shower, I realized that was not going to fix the problem. I had to use my head for more than a hat rack and figure my way out of this peculiar predicament.

I sat down on the bench inside the shower area as my wheels began to slowly churn. It’s a good thing there weren’t any smoke detectors nearby. Because I could swear my ears were smoldering.

Eureka, I had it! I called the front desk. I figured I could ask the gym employee to bring me one of those wash clothes they had for members to wipe the sweat from their face.

No answer. Umm… that’s strange. I know I saw one of the employees when I walked in that morning. But after two attempts, I was simply wasting time. Ugh!

I thought about using the hand dryer over by the sink area. But that would have taken way to long; and I had already wasted more than enough precious time already.

Besides, if someone had walked in on me air drying my naked body, that would have been a very awkward moment.

I was out of options. I couldn’t very well walk out of the locker room buck naked to get one of the now coveted wash clothes.

I could see it now – frightful screams followed by blue lights and sirens as well as the newspaper headline, “Area man charged with indecent exposure at local gym”.

That was not happening.

Just when I thought all hope was lost, I brushed up against the curtain hanging in the doorway between the showers and lockers.

You know what happened next. Beggars can’t be choosers; and I was out of alternative solutions.

The whole time I was using the cloth drape to dry my body and hair, all I could think about was one thing. When was the last time the curtain had been laundered?

After drying off, I threw on my clothes, fixed my hair and raced to work.

On my way out of the gym, I scanned the facility high and low for the fitness employee I had seen earlier that morning. However, I came up empty-handed.

It wasn’t until I pushed open the front door that I realized why the gym employee did a disappearing act. A sign posted at eye level read: Due to the observance of Columbus Day, there will be no staff on site today. They will return tomorrow at 9 am.

The fitness employee I had seen earlier did not get the memo they were to be closed that day until an hour after arriving at work. That’s why I couldn’t get him on the phone when I was grasping at straws looking for anything to dry off my body with.

You have got to be kidding. It had to be a holiday.

But to be sure… as soon as I finished my scheduled shift at work, I went home and promptly took another shower. After which, I dried off with a fresh clean bath towel.