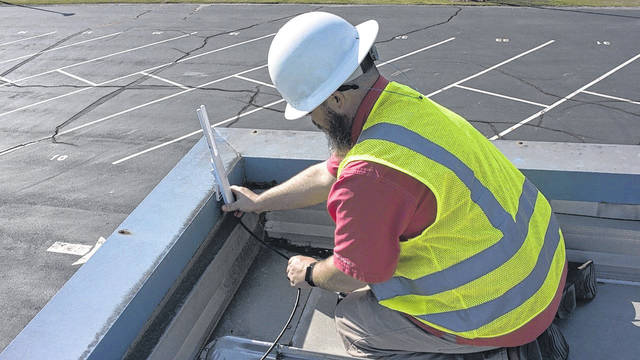 Star Communication is establishing dozens of WiFi hotspots in Sampson and Bladen counties in order to offer Internet connectivity for students and the general public during the COVID-19 pandemic. -

Thirty drive-up WiFi hotspots are being installed at various schools and other public locations in Sampson and Bladen counties, the bulk of them already in operation. The majority of them will be in Sampson, with local internet service provider Star Communications announcing specific sites earlier this week.

Star representatives called it a move toward facilitating learning for students forced away from their classrooms and connectivity for a public in need of it during the coronavirus (COVID-19) outbreak. While most of the hotspots solely for students have already been set up at schools, most of the sites for open access will be established in the days to come.

The free public WiFi hotspots will be available from 8 a.m. until 9 p.m. Those locations will have an increased law enforcement presence.

“We felt that was the way to reach the most people immediately,” Star’s General Manager and Executive VP Jeff Nethercutt said last week of the WiFi hotspots. His staff, along with community partners, notably school and government officials, have been working on the project for the bulk of the past two weeks.

Star was in close contact with school systems and local government officials in selecting locations, while working to accommodate the need and tend to logistics based on the location of Star’s existing network. The sites will include mostly schools, as well as libraries, other public sites, Star’s offices, and selected churches in more rural areas.

The process of procuring equipment is still on the works, meaning some of the sites for open access are still pending.

“Naturally, it is for the schoolkids that are out of school because of this, so they can do their schoolwork that has to be done online; but we will have some sites open for public use as well for those who don’t have access to connectivity in their homes,” Nethercutt stated. “It kind of gets us, as a cooperative, back to our roots in serving the unserved.”

Star’s service territory covers 1,458 square miles in five counties, the bulk of which is in Sampson and Bladen.

“We’re trying to do our part as a technology partner for the areas we provide service to — to help people through this time,” Nethercutt said last week. “It’s unprecedented, in what we’re seeing and what we’re having to deal with, and the citizens have got to have connectivity to stay abreast of what’s going on as it changes hour by hour.”

The following is a list of locations that have, or will have, Wi-Fi hotspots installed. It may change over time, according to Star. Those with service already available as of Tuesday are noted with an (*)

Star is not closing down, but modified operations as of Tuesday, closing its offices to walk-in traffic. They will be staffing phones, operating chat from their website, handling drop box and drive-thru payments, and communicating via the Star app and website (www.starcom.net).

“It is our goal to keep essential services up and running, all while protecting our employees and customers,” a notice from Star Communications read.