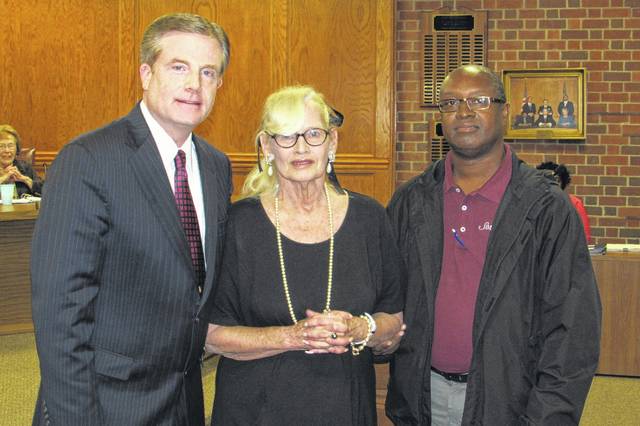 Clinton Alcohol Beverage Control (ABC) board chairwoman Shurley McCullen, center, and ABC Board member Perry Solice, right, annually presented a check to Mayor Lew Starling and the City of Clinton. McCullen passed away in December. Solice has been named chairman. - 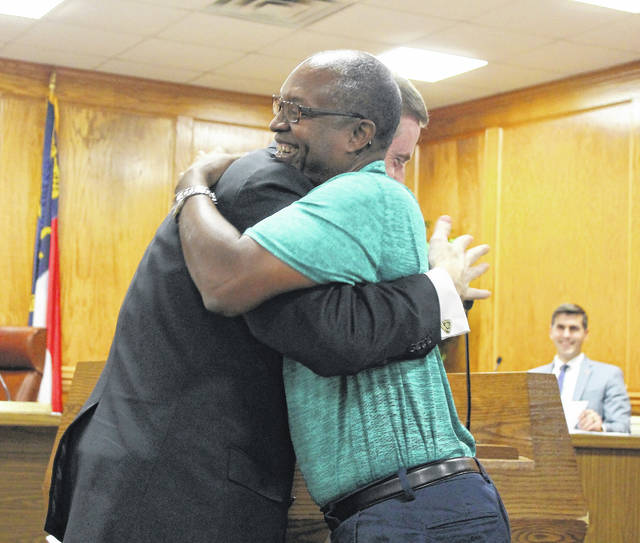 After ABC Board members presented Clinton Mayor Lew Starling and the City of Clinton with a check in the amount of $195,000 in 2018, Starling emraced Solice as a thank you. - 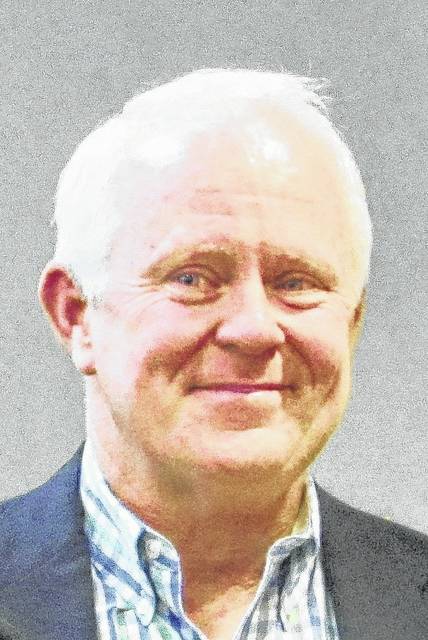 An empty seat on the Clinton City Alcohol Beverage Control (ABC) Board was filled by city leaders this week, nearly three months after the passing of city and board stalwart Shurley McCullen back in December.

City Council members nominated Ray Jordan during a special Monday meeting to serve out the rest of McCullen’s term, voting him in unanimously. Both Mayor Lew Starling and City manager Tom Hart noted that Jordan was an excellent fit for the position.

Longtime ABC Board member Perry Solice was appointed as the new chairperson for the board.

Jordan submitted a letter of interest to City clerk Elaine Hunt. The mayor noted during the Council’s monthly meeting that several people approached Council members, expressing their desire to join the ABC board.

Starling had been on the hunt for someone to fill that position for months. He requested earlier this month that anyone wishing to do so submit a letter of interest by this past Friday to Hunt. The Council took the weekend to ponder their decision. Even though Starling stated at the monthly meeting that people were coming out of the woodwork for the position, just four people submitted a letter of interest to Hunt.

Moore is a Sampson native who grew up in Clinton. He is employed by Sampson Community College, working in the college’s Continuing Education Department. He has worked as an instructor at the Sampson Correctional Institute. He has worked for the Employment Security Commission, Family First Support Center, part-time at the ABC store, Advance Auto and he served for 21 years in the Army in logistics.

Cherry is also native to Clinton who has volunteered in numerous organizations. She worked at Holmes Drug Store on Lisbon Street and Reynolds Drug Store. In the pharmacy business for 40 years, Cherry was a board member on the Clinton City Board of Education and United Way of Sampson County. Plus, she works with the Clinton-Sampson Chamber of Commerce and has spent time on the subcommittee for Clinton’s All-America City initiative.

Thornton is a businessman in Clinton who owns several properties in downtown Clinton. He is in the Clinton Rotary Club.

The Council ultimately landed on Jordan.

Jordan is the chairman of the Alive After Five Committee and the executive director of the Sampson Agri-Exposition Center. He has served on the Arts Council for more than 20 years, holding a presidential position on the council. Jordan was also a founding member of the Sampson County Convention and Visitors Bureau.

The ABC terms last for three years and Jordan will fill out the remainder of McCullen’s unexpired term, which extends until August 2021.

The ABC store on Southeast Boulevard presents the city with 80 percent of profits every fall. Of that, a portion is designated for the Clinton Police Department. The store gives the Clinton City Board of Education the remaining 20 percent. Starling noted during the regular monthly meeting that the ABC donation is a large chunk of revenue for the city.

Solice has been on the board for quite some time, so the adjustment should not prove to be too difficult for the employee with Sampson County Health Department. The senior ABC board member serves as an Environmental Health supervisor for the county.

Solice stated the change is merely one in title. He knows what the position entails and everything about the ABC commission. The new chairperson will conduct the meetings and address any questions or concerns that are directed to him. He will then take those matters to the three-member board.

Tyler Baxter is the third board member on the ABC board with Jordan and Solice. Baxter acts as the financial officer for the board.

The new ABC board chairperson stated that he misses McCullen dearly.

Solice worked with McCullen since 2006.

McCullen and ABC board members would present a check to the City of Clinton annually. Sometimes those checks would hit a six-figure amount much like the check that McCullen and Solice presented to the mayor in 2018 at $195,000.

“I really enjoyed working with her, she was nice to work with,” the new chairperson added. “They couldn’t have had a better person.”

The Environmental Health Supervisor mentioned that he is looking forward to working with Jordan and helping him get up to speed with how the ABC board works. He also expressed that the board is looking forward to working with Barbara Bailey, the ABC store manager, and her team. Bailey has been with the ABC store for quite some time, pre-dating the time when Solice joined the ABC board in 2006.