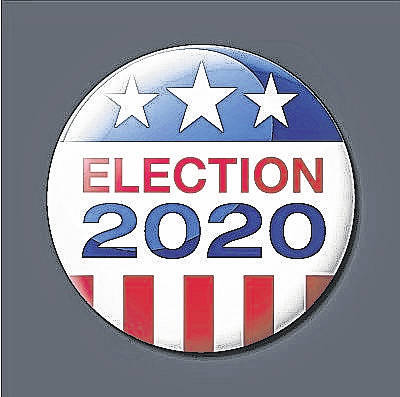 Six candidates sought to fill the three voids on the Sampson County Schools Board of Education, including Carroll, Bradshaw, Faison, Shannon Wayne Naylor, Nathan Chabot and Raymond Hedrick Hayes Jr., a write-in candidate who did not appear on the ballot. Current members Tim Register, Tracy Dunn and Patrick Usher chose not to pursue election to retain their seats.

While Faison jumped out to the early lead with early voting numbers and Bradshaw vaulted ahead of the pack before long, it was Carroll who ultimately garnered the most votes.

For the Clinton City, the terms of chairperson Brunson, vice-chairperson Mike Lanier and Jason C. Walters expire in 2020. Brunson and Walters sought another term, joined by Edgerton and Rodriguez, the four vying for three available spots with Lanier opting out.

Brunson received far and away the most votes in the city school board race, amassing 1,341, nearly half of all votes cast. It was razor thin for the other three candidates, with Edgerton and Rodriguez getting 489 and 488 votes, respectively, unseating incumbent Jason Walters, who was close behind with 460.

Brunson ran away with early voting, boasting 616 votes, more than the other three combined, with Rodriguez (172), Edgerton (158) and Walters (156) all bunched together, as they would remain the entire night. As precinct results rolled in, Brunson kept a comfortable lead as the 2-3-4 order frequently shuffled, just a handful of votes separating them.

Democrat Lethia R. Lee challenged for the District 4 county commissioner post, held by incumbent and fellow Democrat Harry Lee Parker. Lee had an early lead following early voting returns, at 318 to 123. While Parker closed that gap somewhat with the first pack of precincts reporting, Lee blew the lead wide open with just a few precincts yet to report, taking a 936 to 531 lead with 9 of 12 reporting, on the way to garnering 957 votes to Parker’s 551.

In state races, N.C. House 21st District Rep. Raymond E. Smith Jr. won the Democratic primary over challenger Eugene Pearsall, garnering 55.2 percent of the vote in Wayne and Sampson counties, garnering 4,559 votes to Pearsall’s 3,700 in the district. Pearsall did take Sampson at a tally of 664 to 493 over Smith.

However, Pearsall needed nearly all of Sampson’s votes if he was to overcome the divide in Wayne County, where Smith outpointed him by more than 1,000 votes, garnering 4,066 votes to Pearsall’s 3,036.

Smith, in his freshman term in the N.C. House, is seeking his second term and will take on Republican challenger Brent Heath in November.

Early voting returns gave Kirby a monstrous 1,120 to 186 margin in Sampson County and that lead over Denning was nearly as large in Bladen, at 1,197 to 444. Kirby ultimately kept his distance toward a resounding victory, earning nearly three-quarters of the vote at 5,536 to Denning’s 2,095 in the district. That included a 2,933 to 881 margin in Sampson, or 76.9 percent of the vote.

Before Tuesday, a whopping 2,607 cast their ballots in Sampson during the one-stop voting period in Sampson. That figure is higher than the 2,580 who voted early in the primary leading up to the last Presidential election in 2016.

According to the unofficial results through the State Board of Elections, 10,372 out of 36,217 registered voters in Sampson County cast ballots. That is 28.64 percent of the county’s registered populous.