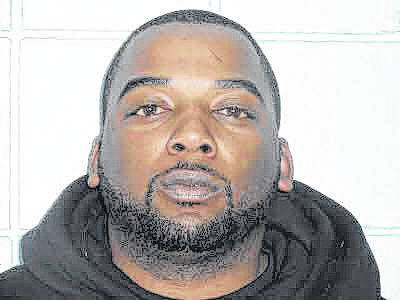 A Duplin man deemed to be a prolific drug dealer, growing an operation dating back to last century when he was just a teenager, was sentenced in federal court to 30 years following a jury trial that extended over three days.

During trial, the prosecution presented evidence of multiple narcotics sales involving Dudley, as well as the testimony of individuals who assisted Dudley’s operation back to the 1990’s, U.S. Attorney Robert J. Higdon Jr. stated in a press release.

Despite being arrested and serving time for drug-related offenses through the years, Dudley, and those with whom he worked, have continued to distribute large quantities of methamphetamine and other drugs since 2015. Upon final calculation, the court held Dudley “conservatively responsible” for the following quantities of drugs:

• 31 kilograms of cocaine; and

In addition to the evidence presented regarding drug trafficking, the court received extensive testimony that tied Dudley to the use of firearms while running the drug trafficking organization, the U.S. Attorney’s Office stated. Dudley has been linked to multiple, ongoing investigations that involve violence and criminal activity centered on the use, possession and trafficking of firearms. Most recently, he was arrested for meth trafficking in his home county of Duplin back in 2018.

According to the N.C. Department of Public Safety, Dudley was convicted in April 2008 and served a year in prison stemming from numerous drug offenses in Duplin, which were consolidated for judgment. The offenses took place over the course of two years, from 2006 to 2008, including drug possession, drug sales, maintaining a place for a controlled substance, speeding to elude arrest and reckless driving, court records show.

Aside from that, he was convicted of injury to real property in 2009 in Lenoir County and given a suspended sentence. There are no other listed state convictions listed in the NCDPS database.

The Dudley case is part of the Take Back North Carolina Initiative, which targets the most dangerous criminals in communities throughout Eastern North Carolina.

“With the focused, interconnected efforts of federal, state, and local law enforcement, the Dudley drug trafficking organization has been successfully identified, investigated, and is now fully dismantled,” Higdon stated. “Given Brandon Dudley’s years of committed criminal activity and the countless lives affected throughout North Carolina by the drugs and accompanying violence dispensed by his organization, incapacitating Dudley will make all of Eastern North Carolina safer.”

This prosecution is part of an extensive investigation by the Organized Crime Drug Enforcement Task Force (OCDETF). a joint federal, state, and local cooperative approach to combat drug trafficking. It is the primary tool used to disrupt and dismantle major drug trafficking organizations at the national and regional level, coordinating the necessary law enforcement entities and resources to target organizations, take them down and seize their assets.

The Dudley prosecution was a part of the “Fall of the House of Usher” OCDETF operation that has resulted in the prosecution of dozens of high level drug traffickers, gang and cartel-linked criminals, and the seizure of hundreds of kilograms of controlled substances throughout Eastern North Carolina, notably Sampson and Duplin counties.

It was announced last month that 40 defendants had pled guilty in federal court in a large-scale methamphetamine trafficking operation that imported and distributed more than 50 kilograms of high-purity meth, mainly in Sampson, Duplin and New Hanover counties. Most of them have already been sentenced.

A widely-heralded case, “Fall of the House of Usher” was undertaken “in direct response to the explosion of kilogram amounts of extremely potent methamphetamine (with purities as high as 99%) being imported into those three counties.