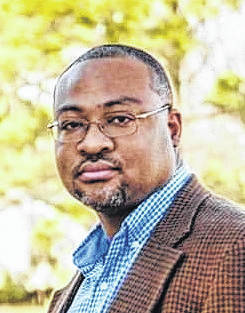 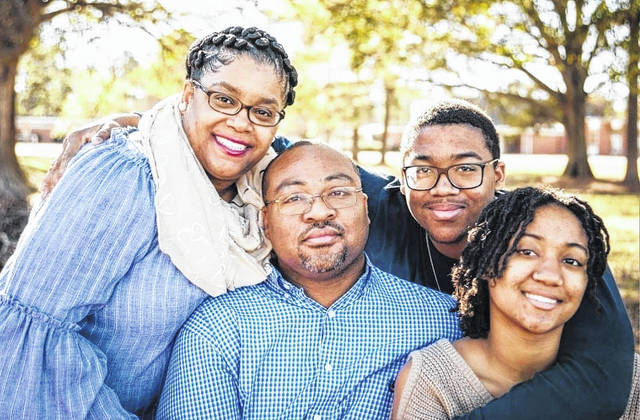 Raymond Hedrick Hayes Jr. is running as a write-in candidate for the Sampson County Board of Education. He is pictured with his wife, Sadora Peterson Hayes; daughter, Zipporah; and son, Raymond. -

Raymond Hedrick Hayes Jr.’s name will not be printed on the ballot for the Sampson County Schools Board Education race, but he’s hoping that voters will write out his name.

The longtime district employee recently announced that he’s running to join the board as a write-in candidate after the final day to file was in late December. Before Hayes, 43, made the decision, five candidates filed for three open seats. The other hopefuls are Eleanor Bradshaw, Sandra Carroll, Nathan Chabot, Glenn Faison and Shannon Wayne Naylor.

Early voting for the March 3 primary begins later this week.

He spent many years in the education field as a student support specialist at Union High School (UHS),where he was responsible for the decrease in the dropout rate and increase of the graduation rate. Hayes feels that his experience in schools makes him a great candidate to become a member of the board of education.

“That type of leadership needs to be replaced with someone experience in the district and someone who knows Sampson County, both as an employee and a parent,” Hayes said.

Hayes is a 1995 UHS graduate and continued his education at Fayetteville State University with a degree in psychology and minor in social work. The Sampson County native began working with the district for more than 10 years ago.

“It’s really going to be a sacrifice because if I’m elected, I will have to leave my position with Sampson County School,” Hayes said regarding election rules regarding school board candidates.

If elected, Hayes would like to focus on enrolling more students in trade programs through Sampson Community College, for students who don’t want to attend a four-year college. Some of the examples included training to become electricians, linemen and carpentry.

“They need to be certified to go into the world of work to be productive citizens if they’re not pursuing higher education,” Hays said.

In addition to helping students at the school, he is also a psychiatric technician with Behavioral Health Department for the New Hanover Regional Medical Center. Hayes has spent eight years at the center.

As a president, Hayes led PTO organizations at Union Intermediate and Union Elementary schools. For four year, Hayes has served on the Sampson County Head Start policy council, where he served as chairperson.

Hayes is a member of Taylors Bridge Grange No. 1066, where he has served as President since it reorganization in April of 2012. Under his leadership Taylors Bridge Grange has participated in several community service projects as well as sponsor Pack No. 70 and Troop No. 70 of Boy Scouts of America. He currently serves on the Board of Directors for the North Caroline State Grange. Raymond is a member of Delta Nu Sigma chapter of Phi Beta Sigma Fraternity, Inc. He is a member and Masonic past master of McKinley Lodge No. 826 PHA.

He is married to his Sadora Peterson Hayes, a first-grade teacher in the Union District. Their daughter, Zipporah, is a 2018 graduate of UHS and is now a junior at North Carolina A&T State University. Raymond “Trey” III, their son, is sophomore at Union High School. The Hayes Family are members of Saint Thomas AMEZ Church Church in Roseboro.