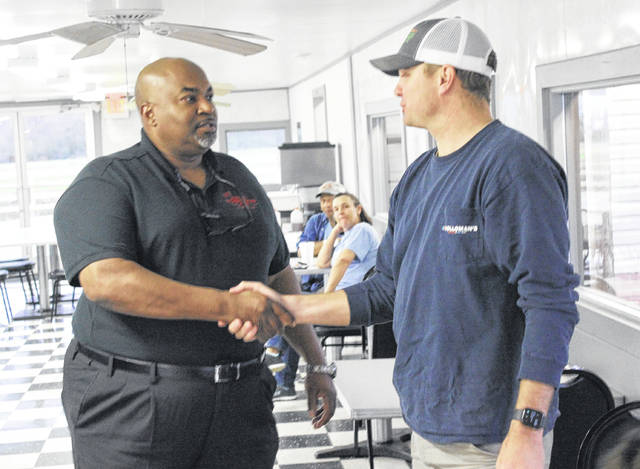 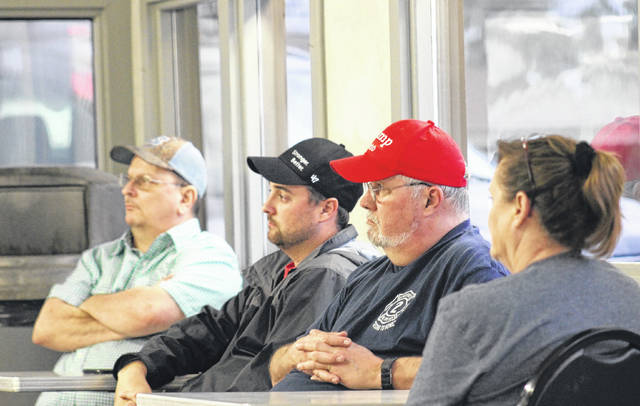 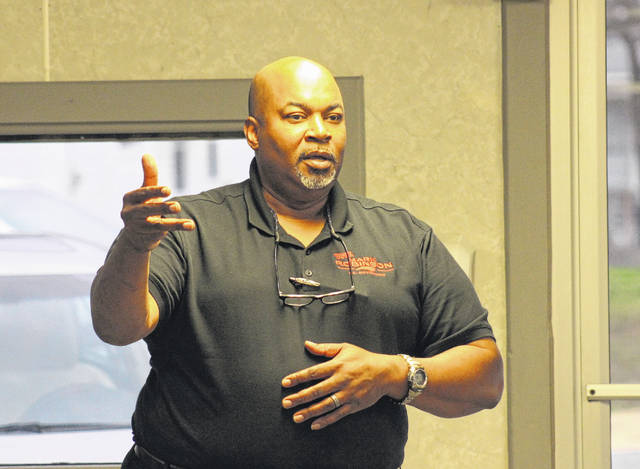 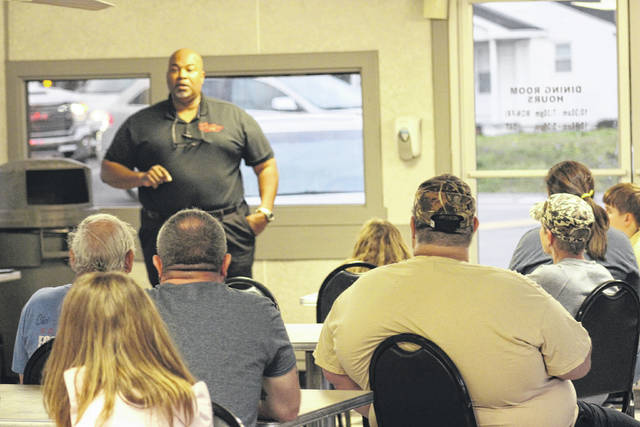 During a visit to Southern Style, Mark Robinson addresses a variety of political matters. Robinson is one of 15 candidates vying to become lieutenant governor of North Carolina. - - Chase Jordan | Sampson Independent 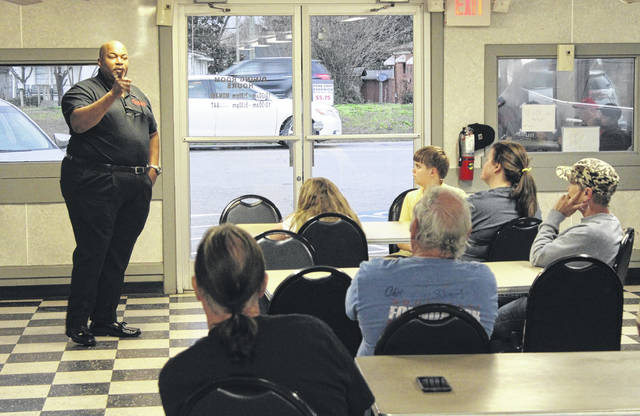 With topics raging from Second Amendment rights to education, Mark Robinson visited Clinton to share his passion for social issues while seeking support to become lieutenant governor of North Carolina.

He’s one of several Republican candidates in the primary race and he recently spent time with Sampson County voters during a stop at the Southern Style Barbecue & Fried Chicken restaurant in Clinton.

In 2018, Robinson addressed the city council of his hometown of Greensboro about Second Amendment rights. The footage went viral and was watched millions of times online — a life changing moment, which led to traveling around the state and nation to spread a conservative message.

Robinson is one of nine Republican candidates for lieutenant governor. There are six Democrats also vying for the post.

While talking to the group in Clinton on Thursday , Robinson talked about his views on pro-life and said everyone should be standing up for the unborn and believes that human life starts at conception in the womb. He added that North Carolina should make a statement on the issue.

“I believe that abortion is not only a physical issue, but it’s a spiritual issue,” Robinson said. “If we don’t stand up for these unborn children and stop the willful slaughter of the unborn and innocent blood, I don’t believe God will have that blood go unanswered. He’s going to take his hand off this nation, if we continue to cosign on the murder of innocent children.”

He continued and talked about the Second Amendment and how it was put in the U.S. Constitution to protect citizens from the government if leaders become tyrants, before pointing out the history of other countries who don’t have a similar law.

“That’s the only reason the Second Amendment is in the Constitution,” Robinson said. “Our founding fathers knew that governments that have all the guns, have all the power, always become tyrannical.”

The third issue Robinson was passionate about was education with matters regarding discipline and rules, which may take away from instruction time in the classroom.

“Right now, because we do not, we breed hatred, fear, and anxiety, that’s exploded into violence at our schools and we got to stop it. We got to get back to having some discipline in hallways and classrooms of those schools.”

He continued and said elementary schools should focus on the traditional reading, writing, and arithmetic, which he called the foundation of education.

While talking about education, Robinson pushed for teaching American history, civics, home economics, shop classes, and stopping the pressure for high school students to attend a four-year anniversary, if it’s not required for their future plans.

Robinson mentioned that vocational jobs such as being an electrician or plumber should be encouraged as well, along with agriculture.

Another issue is the treatment of veterans, which received several claps from people listening.

“We don’t spare any expense at all when it comes to recruiting, training, and shipping these guys and gals off to go to war,” he said. “We spare no expense. We spend every dollar that we can. We make sure they got the best of everything.”

But when they return home after being wounded, Robinson said the veterans are on their own to get help from the VA clinic. He wants the state of become the gold standard for veterans care within the next two years, by stopping taxes on pensions and more care.

“It’s up to them to find a way to build a ramp up to their house, so they can get up the steps in a wheelchair,” he said. “That’s a crying shame folks. We need to start sparing no expense in taking care of them, the same way we spared no expense in taking them over there. Anything else is unacceptable.”

He also showed support for law enforcement, while addressing recordings from people who he called “social justice warriors.” Robinson feels that elected officials don’t support them after controversial incidents after talking about crime in Greensboro

“Elected officials who do that have to come out of office and we have to replace them with people who will have the courage to stand up for these men and women in uniform because they stand on the line of stability and chaos in our society.”

Several residents asked about issues related to matters they’re passionate about. Some of the other topics included the elderly, illegal immigration, sanctuary cities, crime, voter identification matters, and school finances. One of the attendees made a complaint about spending money for having two school systems in Sampson County, during talks about having more funds for teachers.

While talking about the state’s budget, Robinson called N.C. Gov. Roy Cooper a “political thug” who is holding the budget hostage because conservatives don’t want to follow his request for medicaid expansion. He said Cooper is trying to be the next star of the Democratic party.

“He needs to get out of North Carolina’s way,” he said. “If we wants to be some leftist god, he needs go off somewhere and get him a television show to do it. He’s impeding the progress of this state at every turn.”

Hog farmer Josh Coombs spoke about nuisance related lawsuits hitting the agriculture and support for legislation such as the 2018 Farm Act. If elected, Robinson sad he would support it and called the lawsuits “erroneous.”

“Anything in this state that tries to destroy agriculture, I will fight like hell against it,” Robinson said. “I want to be surrounded by people in Raleigh who want to do the same thing. Farmers are the backbone of not only this state, but this nation.”